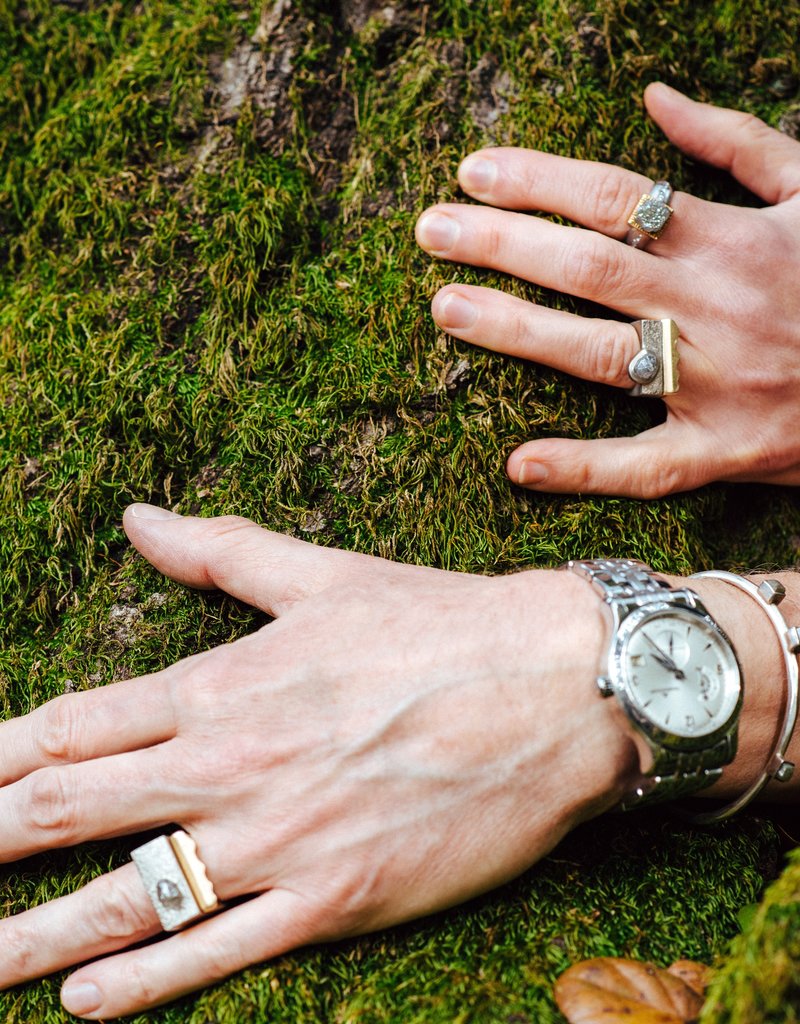 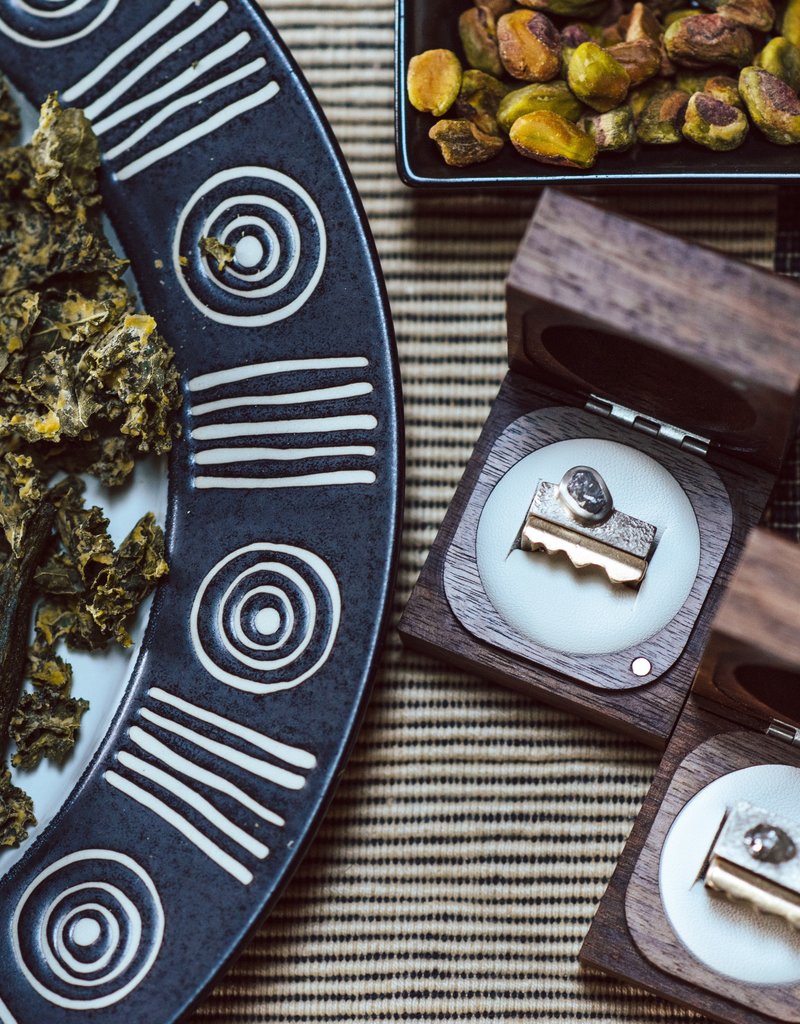 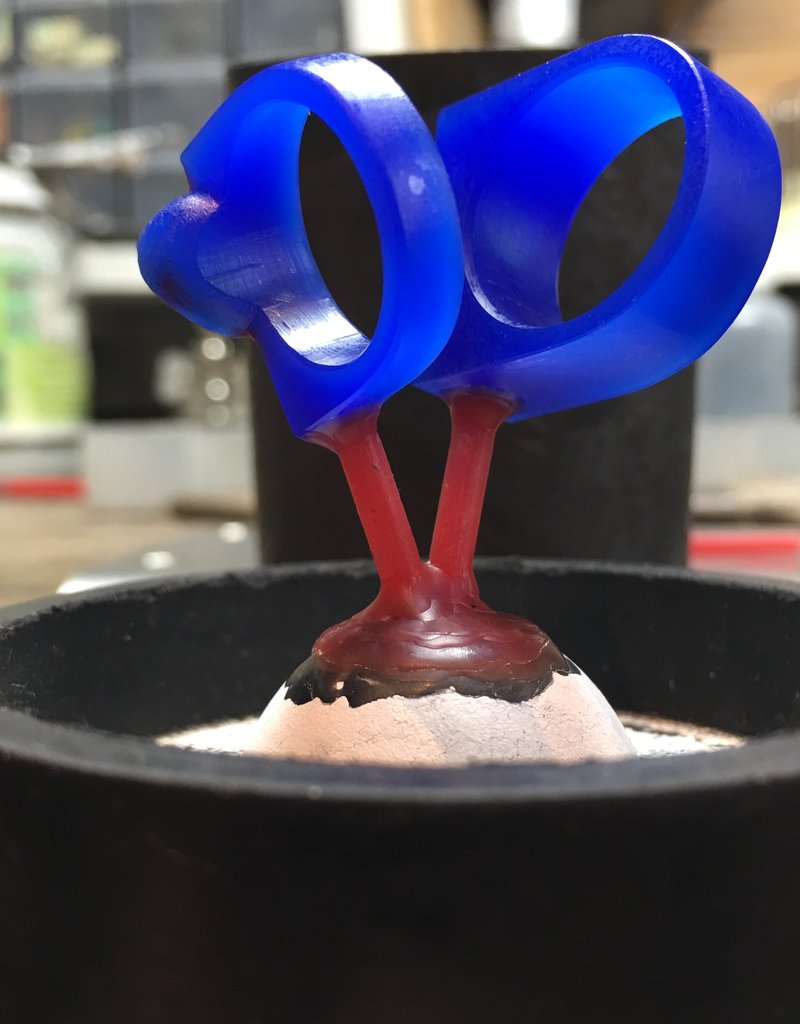 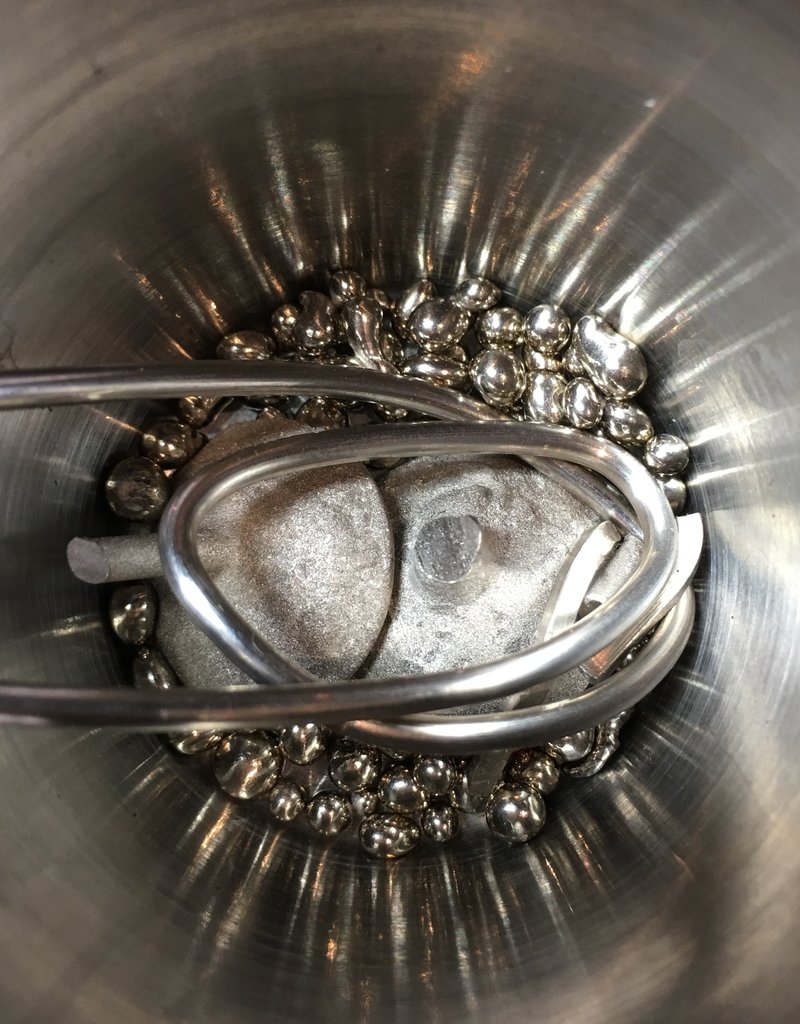 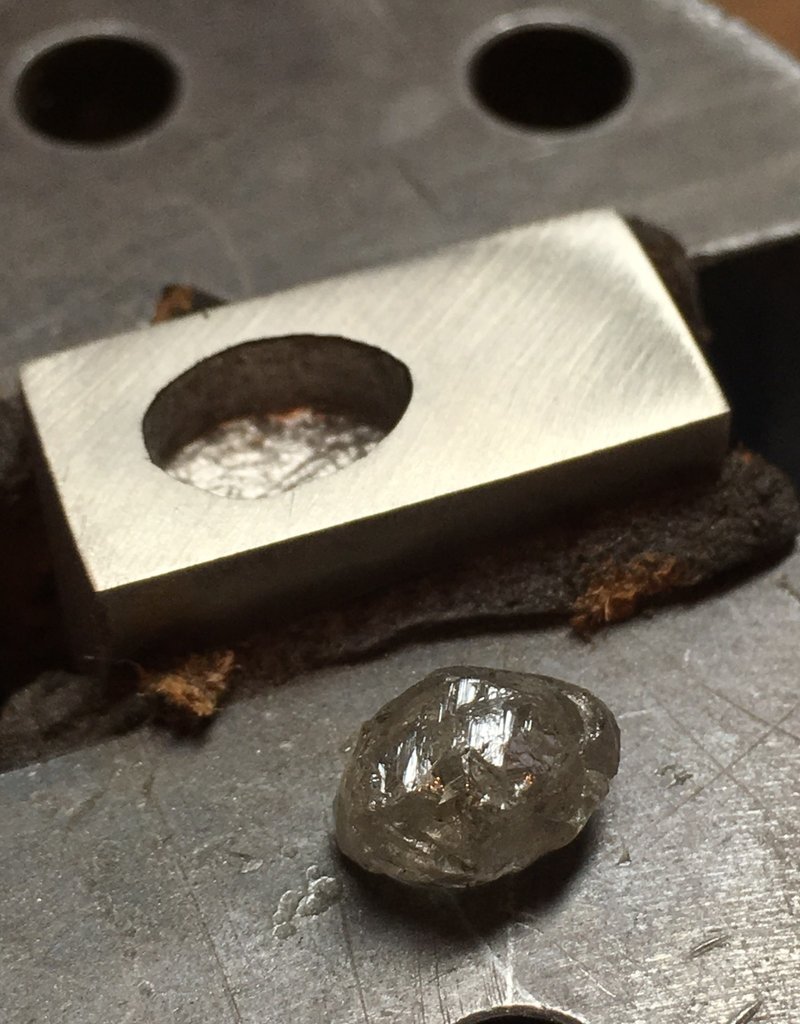 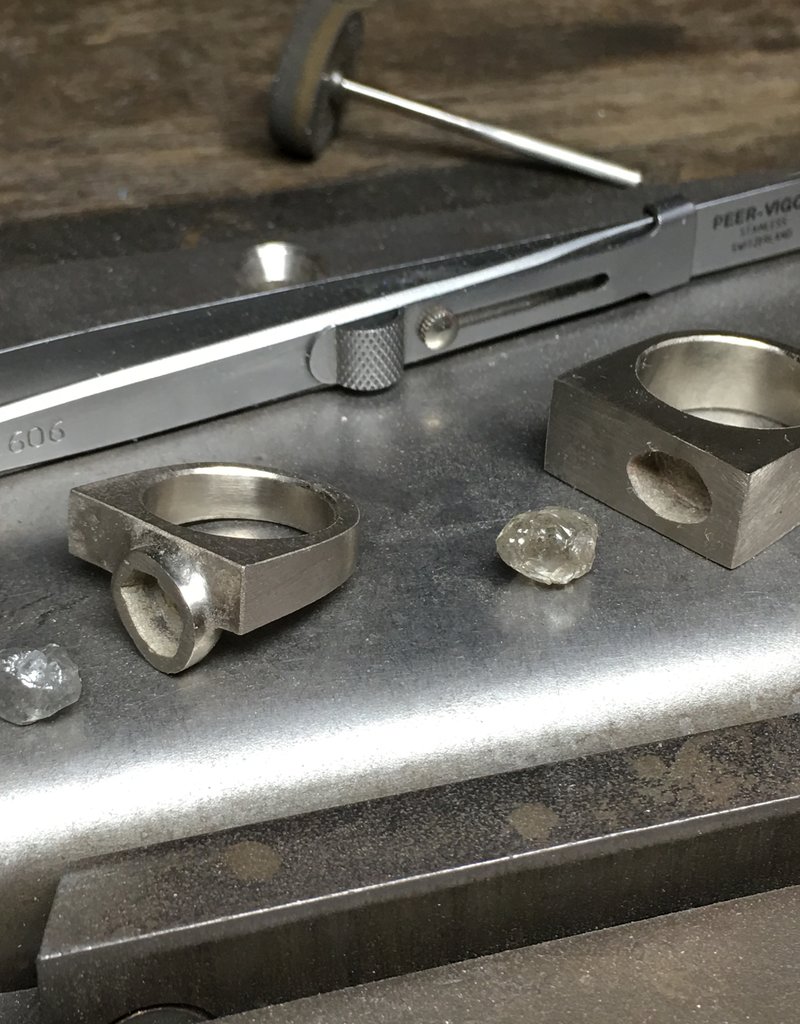 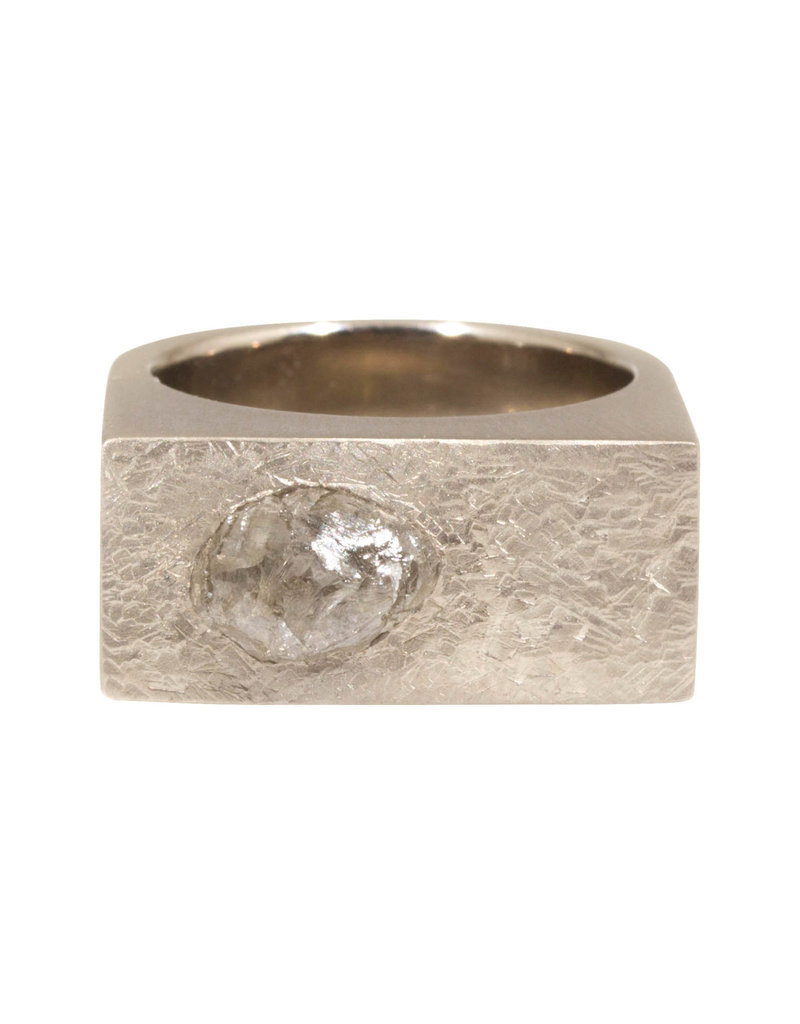 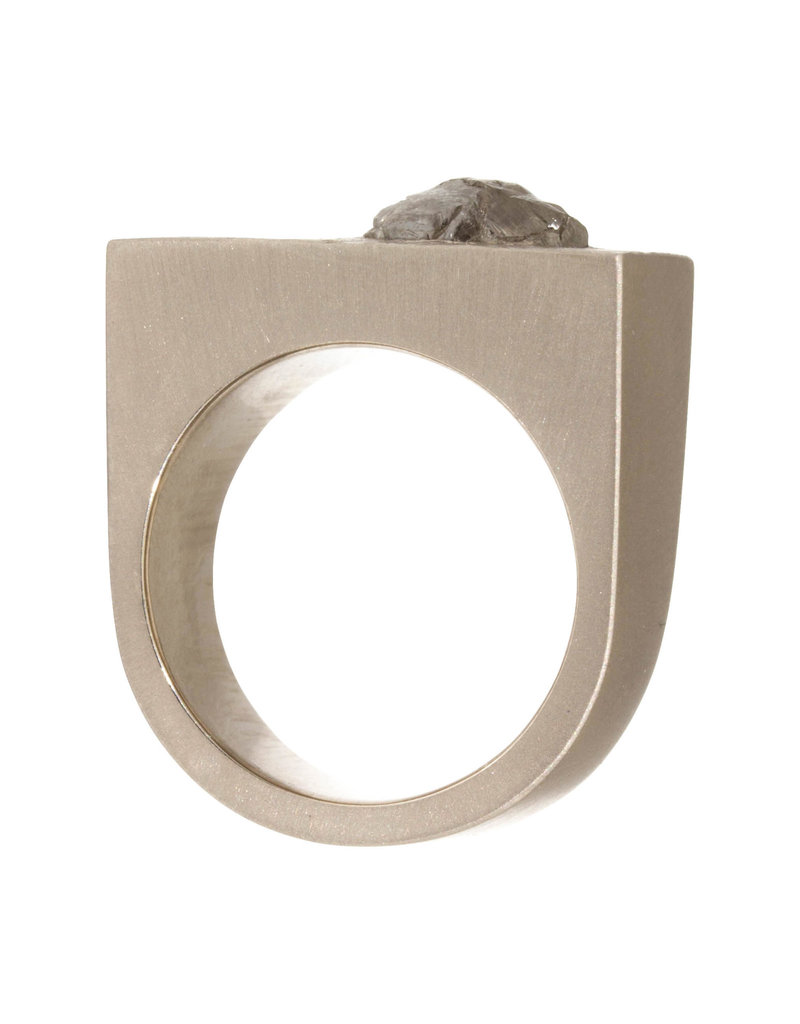 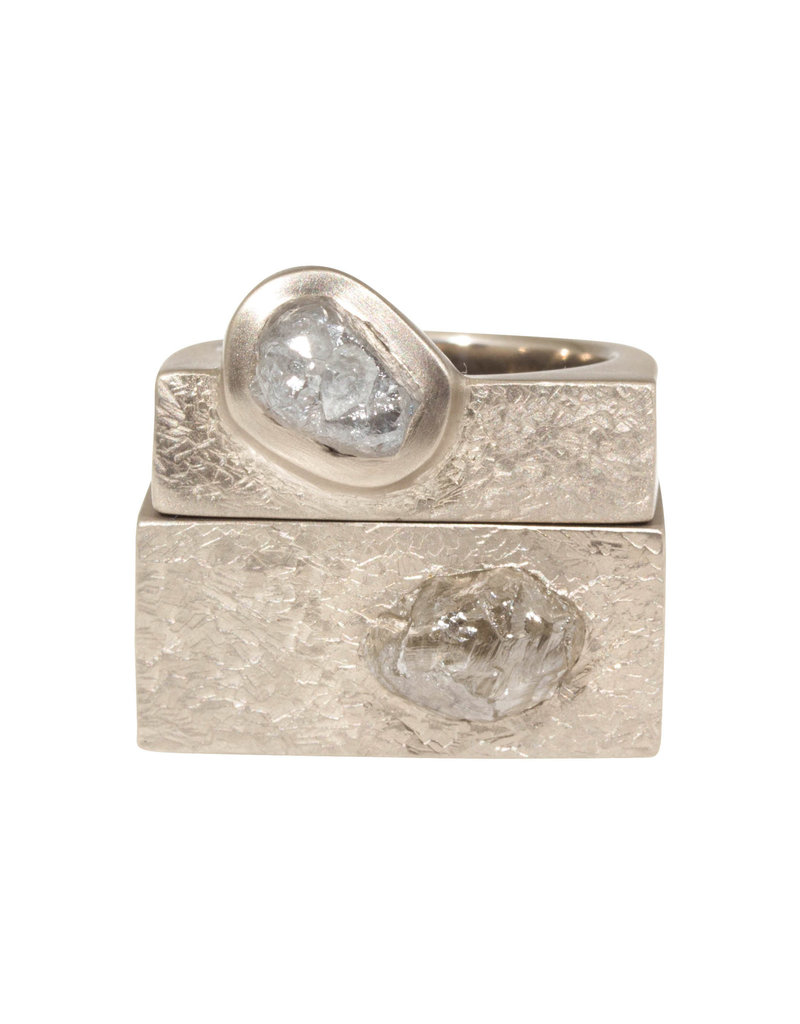 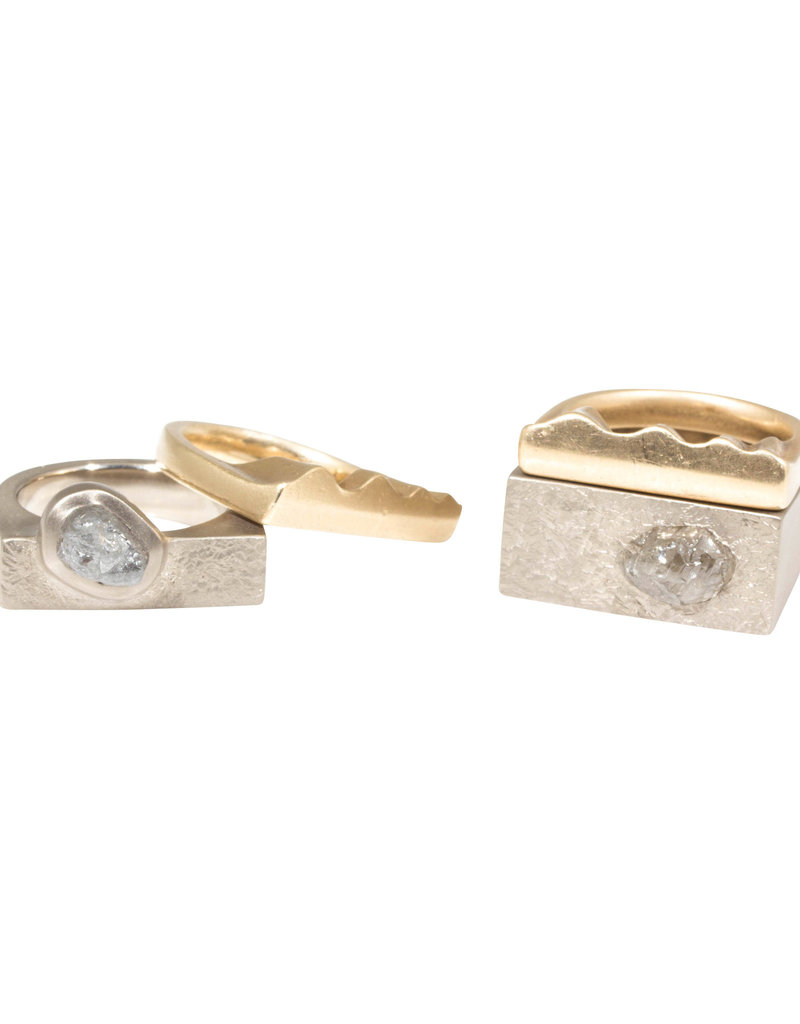 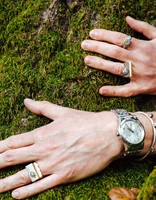 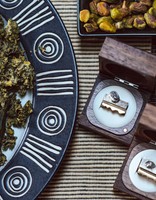 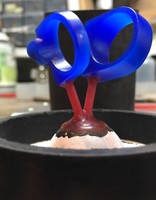 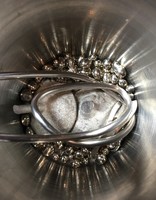 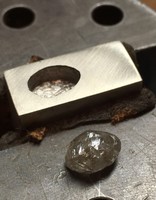 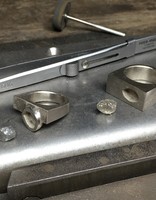 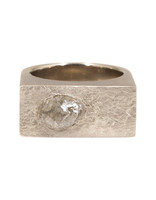 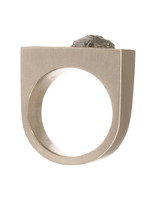 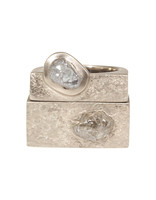 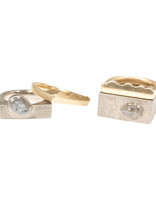 PROCESS: This ring was commissioned for a twenty-fifth anniversary to compliment the man's original wedding ring. The idea is that the stone would be emerging from the surface with a low glow.

After carefully selecting a stone, we texted him photos from Tucson's largest gem show. We were able to bring a few back on memo to show him so he could finalize his choice in person. We hand-carved this wax using the specs of his original wedding ring, selecting a complimentary but contrasting metal color. The stone was set and then we figured out an earthy texture for the top segment of the ring.

Some of the photos here show the anniversary ring we made for his wife.